Opinion: Dissolve the EDC and empower the people on urban development

From Coney Island to Sunnyside; from Jerome Avenue to Bay Street; from newly created districts to forgotten neighborhoods, New York City is being irreparably transformed by the corporate interests that run this city.  At breakneck speed, we are witnessing the mass displacement of long-time residents and small businesses that have made this city great because our elected officials have handed the reins of city governing — what we elected them to do — to corporations and corporate lobbies whose insatiable greed puts their shareholders’ interests above New Yorkers’ when it comes to rezoning, jobs and many other matters in NYC.

Unfortunately for the 99 percent, this is not just a city “gone rogue”, but by design and courtesy of a city agency known as the Economic Development Corporation. This group of unelected and unaccountable men and women, most of whom are “prominent in the financial, commercial, industrial, [or] professional…community of the City of New York” as mandated by the EDC, act as kingmakers to decide which industries, neighborhoods and projects should stand or fall.  Ostensibly created to drive and shape New York’s economic growth, the EDC ironically siphons off money from the budget of the city’s Small Business Services, and then either stands idly by as our mom-and-pop shops fall like dominoes, or precipitates changes that ultimately destroy them, as they did to businesses in the Garment District in favor of the tech sector.

For those who don’t know, the EDC turns out to be a pretty powerful tool for Mayor Bill de Blasio, who directly selects or approves all 27 members of its governing board — with one important exception.  EDC’s bylaws require our mayor to consult with a group called the Partnership for New York City (PFNYC) before he selects the EDC’s chairman of the board.  Who makes up this group that  calls itself, “The Partnership”, and whose chosen member sits atop the EDC?  They are private equity firms like Blackstone, media conglomerates like NewsCorp, pharmaceutical giants like Johnson & Johnson, controversial consultants like McKinsey and about 250 other “CEOs from New York City’s top corporate and investment firms” that make up its bulk, according to 2017 tax filings.

What does this mean for us, and how are our needs being met in this supposed democracy? Well, while we go about our daily lives, “The Partnership” testifies on our behalf before the State Assembly that “gig workers” essentially prefer to live paycheck-to-paycheck rather than be hampered by health insurance, workers comp or other benefits that come with stable employment.  They also oppose commercial rent stabilization and aggressively promote real estate growth knowing that “truly affordable housing, schools and better transit has severely lagged the rapid pace of growth.”

Meanwhile, the EDC is busy deploying its 500+ employees to get the necessary “buy-in” from communities after it has decided how NYC should be shaped and supported with millions and billions of our taxpayer dollars, despite the fact that we may have other wishes for organic growth, or preservation of what is here now.  They hand out free canvas bags imprinted with not-yet-approved projects, such as the BQX in Queens, to signal to the community that such projects are “done deals” and that nothing can be done to stop them; they fill “steering committees” with our neighbors to get easy approval from those who would give it simply because of the involvement of a person they trust.

You see, if the EDC wanted to provide those things to us, they would have done so by now.  In a city teeming with global capital and tech start-ups, with city-GDP rapidly rising to an estimated $2.5 trillion by 2035, endless and unrealized promises of “good-paying jobs” from them sound hollow. They are shiny jewels meant to entice us into handing over more and more of our public land and resources for their investment and private use, until there is nothing left for us to control or enjoy.

Alas, though our current system of governing may seem damaged and corrupt beyond repair, we can make our city work for us again.  We can dissolve the EDC.  We can elect politicians who will take back the reins of city governing and listen to the people, not corporate entities.  We can do many things, but we should get started now and use the 2021 elections to get what we regular New Yorkers want. 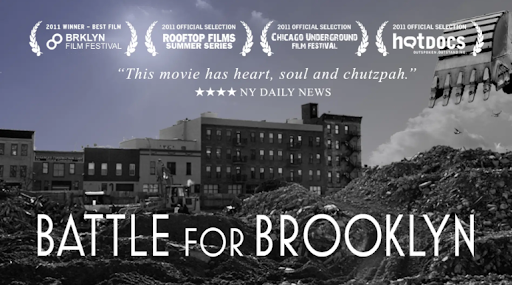 December 4, 2019: my letter to the NYCEDC in anticipation of the Sunnyside Yards digital townhall. By Connie Murray Hi and thank you for taking my questions and comments in