December 4, 2019: my letter to the NYCEDC in anticipation of the Sunnyside Yards digital townhall. By Connie Murray

Hi and thank you for taking my questions and comments in quick advance of the digital townhall meeting tonight.

It's disappointing this meeting could not happen in person: holding digital events also limits the attendance ability of several local stakeholders, especially some older ones, who are unable to connect due to internet limitations, even access to appropriate equipment. Click here for one constituent who voiced this very concern via another constituent's Twitter account.

It's also not lost on participants that the EDC gets a datagrab from all the folks who sign up for this digital meeting: you get our names, email and IP addresses while we, in turn, will have less of a voice than we ever had. Some people did not want to participate for that very reason: they did not want the EDC to garner this information. It's important that the EDC comprehend such a forum limits the voice of Queens residents while still giving the EDC previously unknown data about participants, especially our IP addresses. Please understand why residents feel a wariness and lack of trust with this whole process and such details.

I wonder how the NYCEDC plans to include any voices which may be left out tonight and who had wanted to be there. Will video be available afterwards? Will you accept feedback after this townhall? Can we see all the questions/comments which were submitted? How are our questions chosen? Will you be fair and ask yourself the tough questions and not just focus on the supportive comments?

Safe and comfortable housing which is realistically affordable (i.e., way way way way way way less expensive than current NYC market rate) is one of my highest priorities for my beloved home borough of Queens: I seek to help establish true *cheap housing* as opposed to developer-friendly "affordable housing," which is ultimately a scam for needy and stressed low-income renters. For Sunnyside Yards, can you provide (many) more details on what housing will look like for this initiative? How many new homes are being planned? Is NYCHA housing included? Hudson Yards is a luxury development with luxury housing and luxury retail: how does the EDC guarantee its Sunnyside Yards project will not be a repeat of Hudson Yards?

The height of any new construction is another big concern for this area: Queens is not Hong Kong or Tokyo or Shanghai; we do not want any more glass towers in our borough. At the Aviation High School meeting in September, Vishaan Chakrabarti mentioned some proposed structures would be 80 stories high which would ruin the sky span and view for thousands of residents, from their homes and from their streets; Mr. Chakrabarti then dismissed concern about building height by declaring city planning for centuries has always been executed by an elite few to thereby benefit the masses. I would argue that great cities, New York and Queens included, were organically and holistically not only designed but, in fact, also built by residents and community organizations according to need and *not* by city planners, a modern construct. And in such a connected time as now, the community can and should be as involved as they'd like to be. It feels like the EDC is purposefully holding Queens residents at such arm's length: you cannot even be in the same space as us. We do not want any more 80 story buildings in Queens, especially in fairytale charming Sunnyside: can the EDC please accept that building height is an important part of the conversation for us?

We implore the EDC to understand how difficult it is for Queens constituents to tolerate new construction which will ruin the characteristic integrity of our sky-filled borough. Queens is known for its sky: you can laugh at us for caring about it but it is a meaningful and irreplaceable aspect of our lives, neighborhoods and homes. The wide Queens sky, the long stripes of blinding outerborough sunsets silhouetted against leafy treetops is some of the most precious air we Queens residents breathe: we rejoice in the beauty around us, around our mismatched buildings and our grand expanse of sky. We will always fight to protect that which is integral to the Borough of Enchantment and one of the most integral aspects to beautiful and wonky Queens is its glorious wide and endless sky. Residents will fight for that sky: we already are.

And for those of us who live in Long Island City, it has been four years of explosive and disruptive development and new construction, a majority of which is executed by people who don't know Queens, don't live in Queens and don't care about Queens. This is an area for international development which manifests as a sad sea of similar-looking rectangular empty glass towers. The developers all create the same looking, monotonous shiny structures: the end result resembles Battery Park City or Fidi but worse, as these LIC buildings contain even less character, even less New York soul. Queensboro Plaza looks like Minneapolis or Tampa: glass towers are not NYC, and they ain't Queens either. We don't need any more of them anywhere in our amazing city. Like on Sunnyside Yards: there goes the neighborhood.

Plus: so many of the LIC tower apartments remain empty. Which is a whole other conversation: why are we still so frantic to build and build and build when what has been frantically built since 2016 still sits so empty? I wonder why these finished homes contain no residents, I wonder why the spaces inside cannot be used for low income housing (yes: seriously) and I wonder why on earth we need even more edifices when we are not honestly or realistically managing what we do have now. Will Sunnyside Yards be another area like LIC: a lot of tall empty luxury buildings blocking the sun and ruining the view? We don't want that. And the people who do want that aren't necessarily from here.

It's bad enough that we now have all these characterless, repetitive, tall (empty) glass towers crowding the sight of the Citi building around Queens Plaza and Court Square: we are now also being fed a narrative that our borough needs even more of this type of development outside of LIC so that the whole borough can be thusly soiled. It has been argued by Yimby proponents that glass towers populating Sunnyside (ergo also making it not sunny) will "soften" the blow to the rest of the borough: the logic being that so much of the sky will be obstructed and thus so much damage will be done to neighborhood character and integrity that residents won't have anything left for which to fight. The same logic was employed at Jonestown in 1978: poisoning the children first will make the adults more willing to die themselves. We in Queens are not drinking the unsweetened grape Flavoraid: we will fight for every expanse of our sky we can and we will fight for our neighborhoods’ character and integrity. We are not Lower Manhattan, we are not downtown Minneapolis, we are not Tampa or Shanghai or Hong Kong or Tokyo: it is not the goal for us to change into cities like those. We are NYC and Queens: we seek to stay NYC and Queens, thank you. We’re the oldest city in the country: we don’t need to destroy and rebuild what we are. It is our goal for our borough to grow reasonably and organically: we need to serve the people who currently live here, not some wealthy internationals who, a decade from now, will be transient renters/buyers of soulless tall glass towers killing the sun over Sunnyside Gardens.

It feels like the EDC has excluded a lot of public input. There were apparently some 75 private meetings held by the EDC with Sunnyside Yards constituents preceding tonight’s townhall (I guess: I mean, a guy I know who was invited to a lot of them actually lives in Astoria; I wonder how you picked who attended, the whole process seems so exclusionary). How can we make this process more fair?

Can you understand the public's resentment? The EDC reports into the Mayor's office: we assume that means the EDC is funded by tax payer money yet the EDC has difficulty interfacing with the public and only serves real estate developers. That feels so unfair: we pay for you but you want to limit interaction with us. Why? We should have a voice with you. You should face us even if we're criticizing you: it's not appropriate that you control local input and interaction and it's bad faith engagement when you do exclude us.

Would you consider the creation of a community-led committee aligned to the EDC so to better represent residents and their voices?

Thank you so much for your time and consideration: I am dedicated to my Queens community and I look forward to the forum this evening, 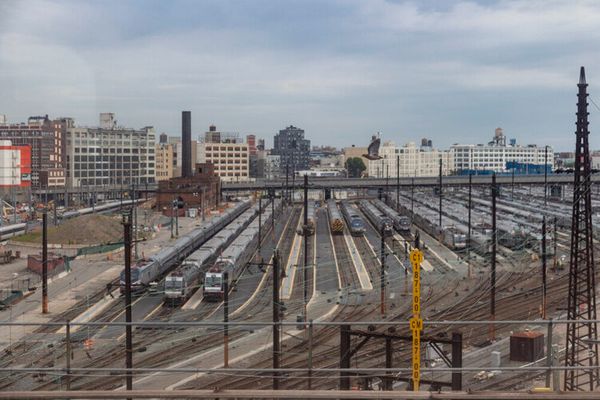 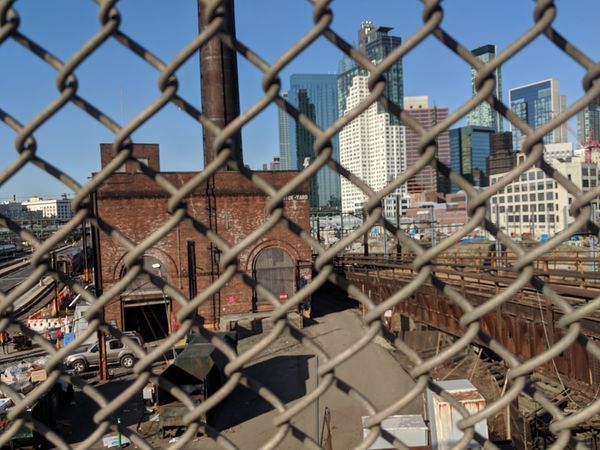 Stop Sunnyside Yards and Runaway Development in Queens We, the residents and small business owners of Queens and the 5 boroughs, demand that all public officials and city agencies, including